[vc_row][vc_column][vc_column_text]PCOS comes with an array of challenges that you can’t overlook. One of them is to conceive naturally with PCOS Pregnancy. It is a challenging domain, but we all know that it is possible. There might be some complications along the way, but you might not have to seek artificial or medicinal assistance to get pregnant in all PCOS cases. Here are some of the best natural methods available for you to get pregnant faster with PCOS:

Eating right has always been a significant part of pregnancy or for getting pregnant. PCOS comes with many irregularities in menstruation, ovulation, and other natural processes of the body. Inevitably, you’d have to change what you eat by following these tips:

Ironically, PCOS and balance don’t go together at all. The irregularities will always be there. However, the best thing that you can do is discipline yourself and stick to a routine. Exercise daily and sleep on time to rest your body. You need to control the hormonal imbalance, and for that, you have to stick to the routine you’re working up. This is one of the best ways to control PCOS and get pregnant faster.

Drinking fluids is the single most effective procedure for PCOS. You need to start consuming juices or even integrate fertility-inducing food items into the list to ensure you receive optimum results.

Keeping your organs’ and body’s natural detoxification process healthy is the key aspect to maintaining PCOS and to get pregnant faster with PCOS Pregnancy.

There are indeed medications available, but you have to acknowledge PCOS, not as a disorder but as a part of your body. Natural remedies are available that won’t fix PCOS but will make it easier for you to live with or even conceive naturally with PCOS.

You need to consider natural supplementations that help control the PCOS factor or bring you a better balance. Chemical or allopathic medicines might not be the best option.

Furocyst® is one such natural remedy available. Extracted from fenugreek seeds, the single herb is known for providing significant benefits for relieving PCOS symptoms while working on the root cause of PCOS too. It is 100% natural and easily digestible, making it an ace for you to have. It is clinically evaluated and patented and has also seen effectiveness in patients wanting to conceive. Being a natural plant extract, it has no known side effects.

The silver lining is that natural remedies or supplementation with personal changes are the best way to get pregnant faster. Pregnancy with PCOS also comes with an array of complications. Therefore, getting pregnant is not enough. You need to get into the habit of the above-given points to ensure healthy pregnancy and delivery of the baby without complications as well as a healthier life.

It’s a bitter truth, but miscarriages are common in PCOS. By keeping these points in mind and taking advice from the doctor, you can conceive naturally with PCOS. [/vc_column_text][/vc_column][/vc_row]

It is not a common word or term which you will hear from every woman, but a woman having a PCOD problem will be shy to tell everything, even to their doctor due to reproductive issues. According to the latest report, it is found that Polycystic Ovary Syndrome (PCOS) is a type of health problem which is affecting almost 1 in 10 childbearing aged women that is (15 years to 44 years).

Women may face infrequent or prolonged menstrual periods by which ovaries can develop an end number of tiny fluids. As a result, the release of the egg will not take place. But if you ask the exact cause of the PCOD problem, it is still unknown.

What are the organs which are affected by PCOD Problem?

Mainly, a woman’s reproductive organs in the ovary are affected by it, which helps in producing estrogen and progesterone hormones. These are the main hormones that help in regulating the menstrual cycle in women.

Polycystic Ovary Syndrome symptoms affect the ovaries and ovulation. Actually, this condition of PCOS is not new as Italian Physician Antonio Vallisneri explained it in 1712.

What are the causes of Polycystic Ovary Syndrome Symptoms?

The exact causes of PCOD are unknown and many experts are trying to find out the main issue behind it. But there are a few factors which play a vital role in its development. They are: –

Genetically, there can be certain kinds of genes that cause or are linked to PCOS.

When the production of white blood cells is low, the body’s power to fight against infection becomes low.

Insulin is a type of hormone which is produced in the pancreas by which cells use sugar which is the principal energy providing substance. As a result, if the cells get used to insulin, then the level of blood sugar will rise and the body eventually, generates more insulin. This process surges the production of androgen by which the ovulation issue can occur.

When a woman’s ovary produces an excess of androgen, then acne and hirsutism will also increase.

Who are the women who get PCOS problem?

Women in the age group of 15 to 44 years, which is the child-bearing age, get this syndrome. The risk of PCOS is on all the women, and it will surge even more when you are obese or any of your near or dear ones like a sister, mother, aunt, etc. are suffering from PCOS.

What are the common PCOD and PCOS symptoms?

Few of the women start watching their symptoms when they have their first periods. Others are likely to see when they get obese and are not able to conceive.

Let’s put some light on the common symptoms: – 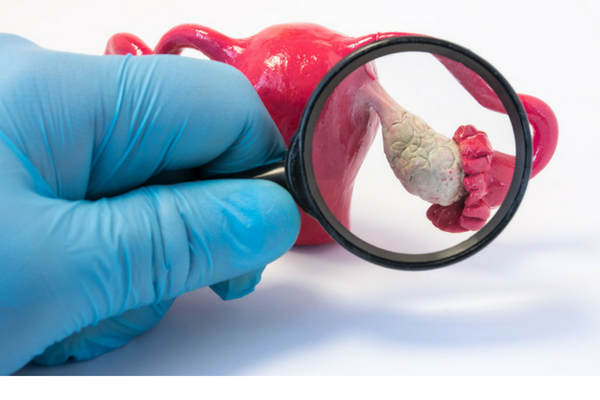 Till now, the doctors are not able to find any single PCOS solution. But they can manage this condition on the basis of past medical history and physical examination, which is inclusive of a pelvic exam, with the help of blood tests, cholesterol and checking the level of glucose.

On the other hand, the doctor can also do an ultrasound of the uterus and ovaries. 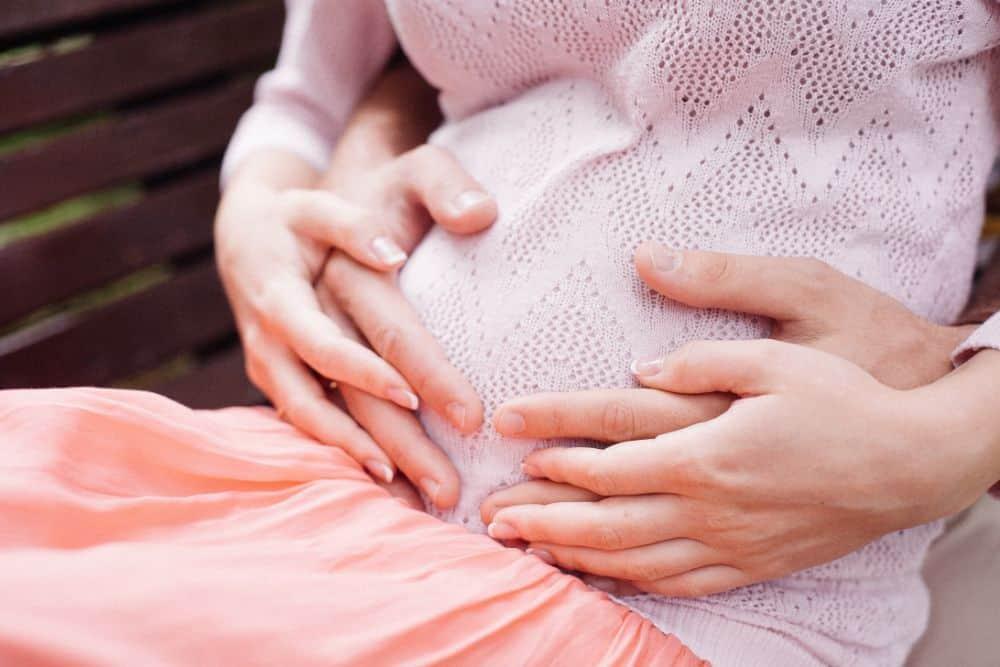 These two terms are closely interrelated to each other as PCOS interrupts the menstrual cycle, which leads to not getting pregnant. According to a report, approximately 70 to 80% of women with PCOS have fertility issues.

But the good part is with the help of infertility treatment, PCOS women too can improve the chances of getting pregnant. For this, they have to lose weight and lower down the blood sugar levels.

There are changes in the near future that experts will find out the PCOS solution with thorough research.

You can also give a try to a natural plant-based supplement; Furocyst. It is clinically evaluated and patented product and has no known side effects. It is a comprehensive solution for managing PCOS symptoms in combination with certain lifestyle changes.

There are some rare medical conditions that have a strong potential to change your life. And once you get free from the diagnosing, your urge to know with regards to that condition increases.

Polycystic Ovary Syndrome is one of the perfect examples of such conditions. It is a widespread hormonal condition, which is affecting almost 10% of the women who are in their reproductive age.

Experts stated that women who have this issue have a higher number of male hormones known as androgens as well as insulin, which helps in regulating blood sugar.

Do you know what causes PCOS?

Well, the reason is not specific. But, it can be genetics, lifestyle, and environment.

Here in the below discussion, we are going to bust some myths about PCOS: – 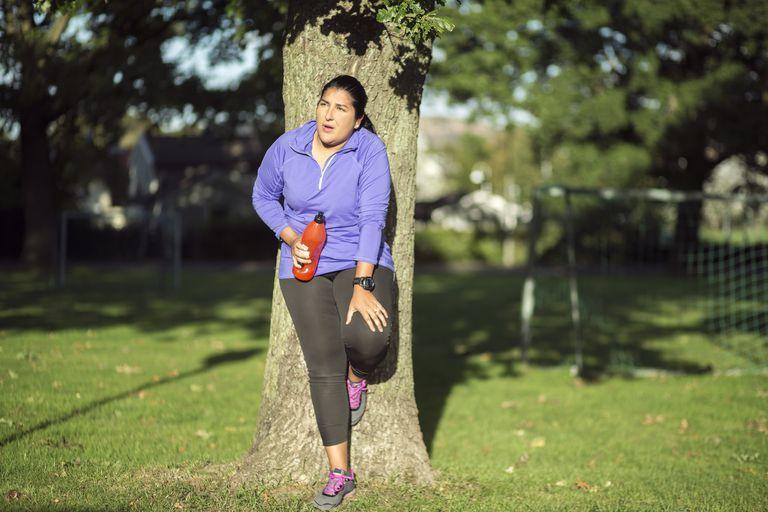 According to the experts, women who are suffering from PCOS find it hard to lose weight, but it is not impossible. If you are not able to lose weight even after regular exercise and diet, then consulting a doctor would help.

Hirsutism is one of the symptoms of PCOS in which there is an abnormal growth of hair that occurs on the body parts of women like chin, chest, upper lip, etc.

But this symptom will not grasp every PCOS woman. 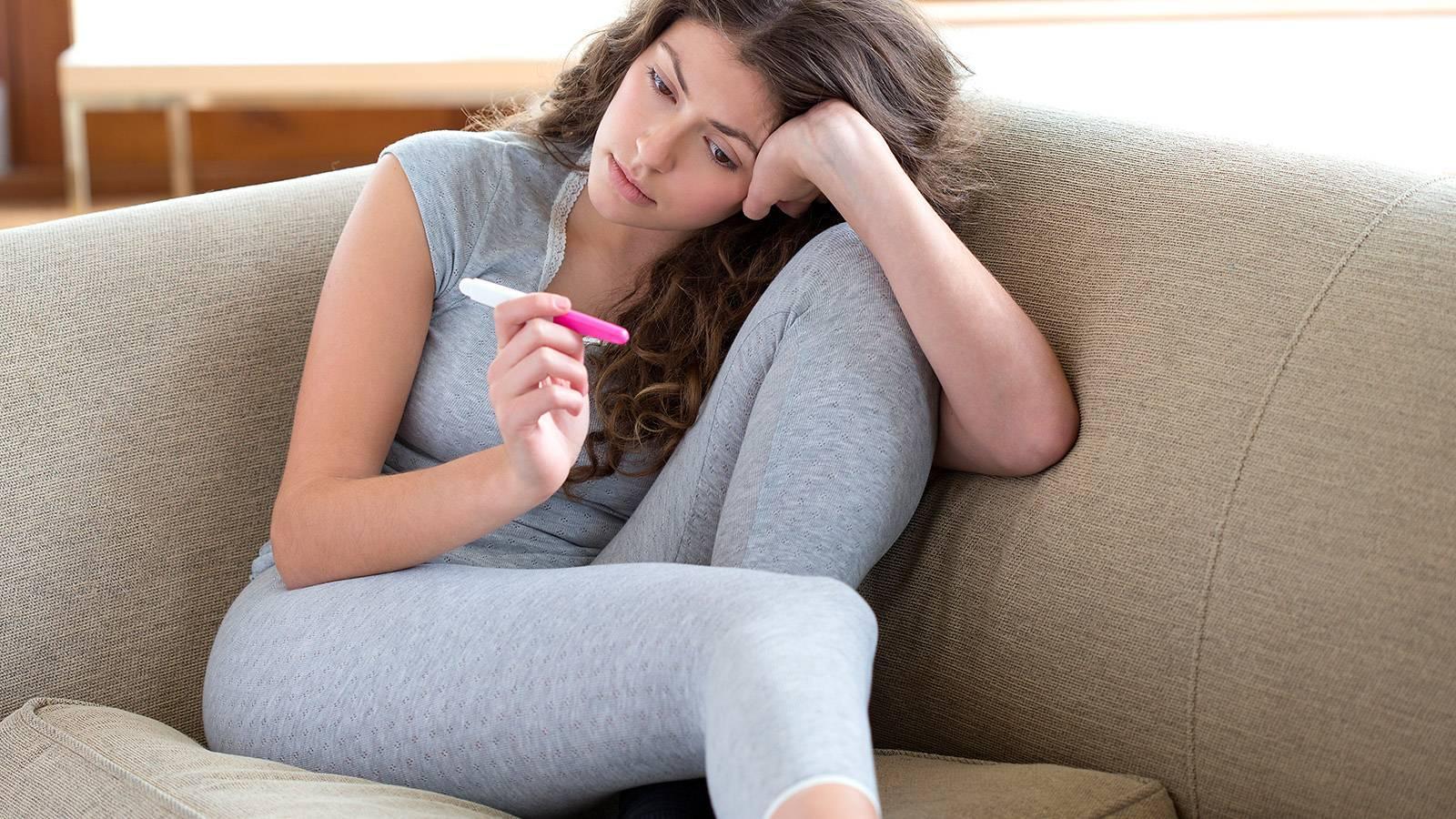 PCOS causes infertility as a hormonal issue. Indeed, it affects the capability to release an egg which is crucial for pregnancy. But take a deep breath. You can become a mother; both- naturally or after fertility treatment and not every woman with PCOS may suffer from infertility.

Another myths about PCOS you heard is, If a woman misses her periods, it cannot be certainly an issue of PCOS because it can be caused by other factors too, such as a sedentary lifestyle or other health conditions.

Experts state that we try to cure period irregularities of PCOS and regulating hormones with the help of oral contraceptives. But, if you are trying to get pregnant, then stop these pills now.

According to the reports, in the USA, when 5-10% of women are in their childbearing age, they suffer from PCOS. It means around 5 million women.

But, according to another study, it is found that in reality, less than half of the women are treat correctly as many ladies are unaware of this condition.

Overweight women may suffer from PCOS, and on the other hand, more weight can also make PCOS symptoms worse.

But it is not necessary as PCOS issues can be found in women of all shapes and sizes.

There are several women who are suffering from PCOS and don’t have cysts. Most fundamentally, it is not always the case.

According to a report, it is found that sometimes the small follicles which help in releasing the egg built-up in the ovary look like pearls or cysts in ultrasound images. 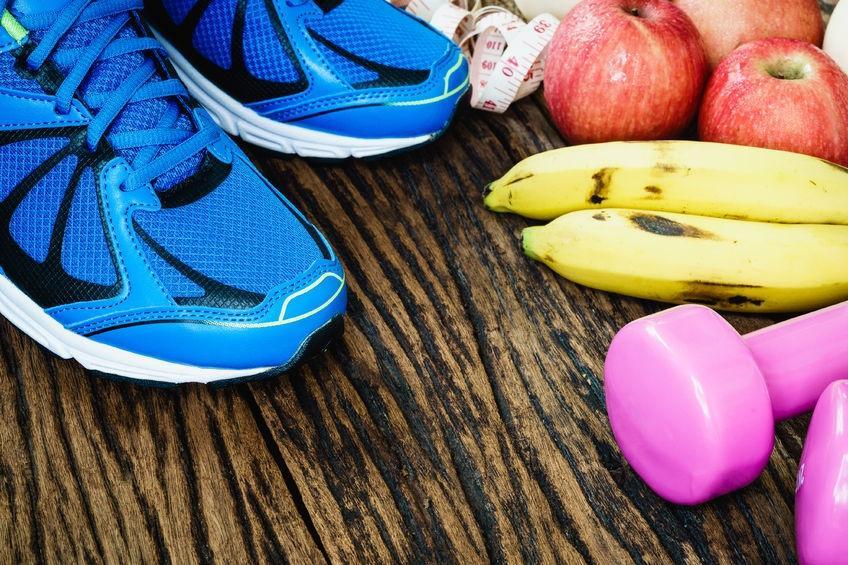 No, it’s wrong as diet, exercise, lifestyle, and behavior helps in managing PCOS. If a woman limits the intake of carbohydrates, sugar, and smoking, then she can control PCOS herself in most cases.

The last Myths about PCOS is that there is a variation in symptoms of PCOS among every woman. In some of the cases, there is a slow growth of symptoms which begins to get worse with time. However, in some other situations, they might not show for an extended period. It is advisable to visit a doctor as early as you can to initiate the treatment.

If you want PCOS to be in control, then engage yourself with your concerned doctor in open dialogue so that you come to know about the methods of controlling PCOS. There is a difference between facts and myths. So, take care of it and have a positive attitude.

You can also take the help of some supplements to help you manage the symptoms of PCOS. Furocyst is one such natural supplement, which is clinically evaluate and patent. It has no known side effects and a 94% success rate in PCOS subjects.