WOMEN WITH PCOS ARE MORE LIKELY TO DEVELOP DIABETES.

Are you suffering from irregular periods or growth of facial hair or acne? If yes, then be careful about your health and consult your physician as soon as possible. You may be affected by PCOS (Polycystic ovary syndrome). Now you may wonder what it is. It is obvious lack of awareness about the PCOS. Even the females, who are suffering from PCOS don’t know that they have PCOS until they get it checked by a qualified doctor. PCOS is the reproductive endocrinal disorder which affects the body in several ways like irregular periods, acne and growth of facial hair, male pattern baldness, and depression. Infertility and diabetes are the later complications of the PCOS.

A woman’s ovary has follicles, tiny, fluid filled sacs that keep the eggs. When an egg is mature, the follicle releases the egg so it can get to the uterus for fertilization. In PCOS, immature follicles form a cyst or lump, which hampers the release of mature eggs. Due to this, a woman suffering from PCOS has occasional or no menstrual periods. Eggs do not get released and causes complication in conceiving. Moreover, PCOS creates hormonal imbalance. Estrogen and progesterone which are also called as female hormones are secreted by the ovary. It also releases testosterone called as male hormone in small amount. The level of testosterone is elevated in PCOS, which introduce male features in female like facial hair growth, acne and male patterned baldness.

RELATIONSHIP BETWEEN PCOS AND DIABETES

Diabetes is also an endocrinal disorder in which the normal blood glucose level gets elevated. Two types of diabetes which majorly affect most of the women are type 1 and type 2 diabetes. Type 2 diabetes (T2D) is more prevalent nowadays. Secretions of insufficient amount of insulin by the pancreas and insulin resistance are the two pathological factors responsible for T2D. Insulin resistance is the common factor in both T2D and PCOS patient which correlates both the conditions with each other. Insulin is needed to use or store glucose obtained from the food. In PCOS, the body produces higher levels of insulin. After a while, the sensitivity to this hormone goes down and the body becomes resistant to insulin. When the body becomes insulin resistant, it can no longer utilize glucose properly, which increases blood glucose levels leading to type 2 diabetes. A study conducted by the department of endocrinology and metabolism, AIIMS, shows that about 70 percent of the women who are suffering from PCOS are insulin resistant. WOMEN WITH PCOS ARE MORE LIKELY TO DEVELOP DIABETES Moreover, obesity enhances the chances of insulin resistance in PCOS. In most of the clinical studies, females diagnosed with PCOS are insulin resistance, found obese. Obesity with PCOS makes you more prevalent for T2D. Subsequently, the increased amount of insulin also encourages the level the testosterone, which makes the PCOS worse by exhibiting male features in female.

Regular exercise is crucial for keeping the body healthy, especially when it comes to struggling with obesity and T2D, and it has been observed that it helps to reduce the symptoms associated with PCOS. 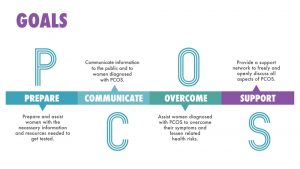 Exercise also helps the body to burn off excess blood sugar and makes the cells more sensitive to insulin, allowing the body to use insulin more effectively. This benefits people with diabetes as well as women with PCOS. WOMEN WITH PCOS ARE MORE LIKELY TO DEVELOP DIABETES

A balanced diet that provides whole grains, lean proteins, healthy fats, and plenty of fruits and vegetables helps to reduce the risk of diabetes and in managing weight. 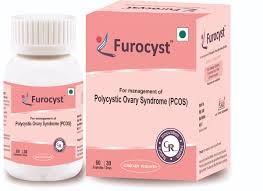 If you are diagnosed with PCOS, Don’t get tensed, it only indicates you are prone to diabetes, not a diabetic. You can manage PCOS and stay away from diabetes just by making some modifications in lifestyle and eating habits. There are several medicines which are employed for the treatment of PCOS, but all have some side effects. FUROCYST is an innovative product which gives promising results in PCOS. FUROCYST helps to increase insulin sensitizing activity & peripheral utilization of insulin thus correcting increased androgen hormones which are responsible for PCOS. Moreover, it brings down the Hypercholesterolemia.

WOMEN WITH PCOS ARE MORE LIKELY TO DEVELOP DIABETES