FOOD ALLERGIES ON THE RISE: What is food allergy? How the body responds to it?

Food allergy is a kind of allergy caused due to the reaction of the body against foreign materials found in food products.

Which reactions are produced by immune system in response to food allergy?

The chemicals/cells produced by the immune system in response to allergy causes reactions, which are physically shown by the body. These reactions can be mild or severe, according to the allergic response. The physical signs of allergic reactions include:

Some reactions of food allergy are mild which can be treated with antibiotics or injections. Some reactions are even life-threatening, which need immediate hospitalization.

Which food items commonly cause allergy?

There are many food products causing food allergy. Some of the most popular food items for the same include:

How to know if you are allergic to a food item? 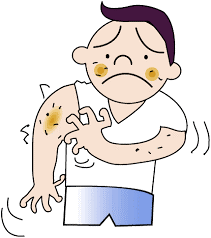 In most of the cases the symptoms produced by the food items are sufficient to know if you are allergic to it. Sometimes, these symptoms are produced immediately i.e. within minutes and sometimes they take some hours (1-2) to develop. In any case, symptoms are the initial way to know the food allergy(FOOD ALLERGIES ON THE RISE).

Sometimes, symptoms are not sufficient to prove if you are allergic to food item. You can confirm it through skin prick food allergy test. In such test, the food item or liquid is tested in very less amount over the skin which is then slightly pricked. After 15-20 minutes, if redness or bump appears on that area over skin, then, you are considered allergic to that food stuff.

How food allergies are rising?

FOOD ALLERGIES ON THE RISE: As told by the doctors, food allergies are rising among human population. It has been observed from the surveys that food allergies have increased up to 50% among children from 1997 till 2011. There are many reasons behind this scenario. Some are:

These three reasons are the most commonly studied ones. They clear the picture of rise in food allergies very much.

HOW TO TREAT FOOD ALLERGY?

There is no permanent treatment of food allergies. It is just that when you get the allergy, you can take medicine or injection for improving the symptoms.

Some people say that when they start eating food items in very small item to which they are allergic, they develop immunity for such foods. This is the same case which happens in vaccination. But most of the doctors don’t agree with this as this theory does not go with all the human population. Some people develop immunity in such cases and some not. Those people who become unable to develop immunity might face the health consequences. So, they suggest not following the theory.

The best treatment is avoiding the food item you are allergic to. Your life is more important than food.

Or you may supplements such as GRECOBE , which has antioxidants known as polyphenols in the form of chlorogenic acid which might be effective to boost the immune system to fight against various diseases originate due to free radicals.

FOOD ALLERGIES ON THE RISE