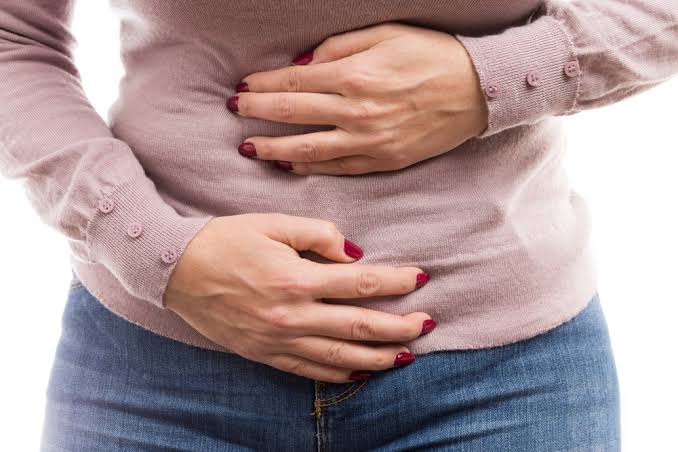 These days we’re seeing a virtual epidemic of bloating. The causes a range from benign yet bothersome conditions like lactose intolerance to serious diagnoses like cancer. But how do you know whether you’re bloating is a nuisance or a sign of something more worrisome? You’re seriously bloated when your symptoms are caused by a condition that requires immediate medical attention. It’s important to be familiar with the warning signs and symptoms that might indicate something ominous, as well as the ten diagnoses associated with serious bloating.

Weight loss is one of the main warning signs for serious bloating. If you find yourself losing more than a few pounds without changing your diet or starting a new exercise regimen, that should be cause for concern, especially if it’s 10 percent or more of your body weight. Weight loss can be caused by tumors that press on the intestines, making you feel full after just a small amount of food, or from substances secreted by tumors that suppress your appetite.

Ascites is an abnormal buildup of fluid in the abdomen or pelvis and it can cause bloating, weight gain and a rapidly expanding waistline. Ascites is usually caused by liver disease, but about 10 percent of the time cancer is the culprit. A large amount of ascites can make you look and feel like you’re several months pregnant. The combination of bloating and jaundice, which turns the eyes and skin yellow, can be a sign of cancer that’s spread to the liver, although it can also occur with more benign forms of liver disease like hepatitis.

Severe abdominal pain and bloating that occur suddenly, especially if you also have nausea and vomiting, may be a sign of a bowel obstruction from scar tissue or a tumor pressing on the bowel. Immediate medical attention is a must to avoid complications like bowel perforation that can be fatal. Obstructions are painful because the bowel above the blocked area stretches as it fills with food and digestive juices. The pain is intense and may occur in waves as the bowels try to push their contents through the obstructed area.

Blood in your stool, vaginal bleeding in between periods, or postmenopausal vaginal bleeding can all be associated with serious bloating. Fortunately, the most common causes of these symptoms (hemorrhoids, an irregular menstrual cycle, fibroids, endometrial atrophy) aren’t the most serious, but bleeding should always be evaluated because it can be a sign of cancer, particularly colon or uterine cancer.

Fever that accompanies bloating is usually due to infection or inflammation. If there’s also an elevated white blood cell count, infection needs to be immediately excluded, particularly from a pelvic, urinary, or gastrointestinal source.

10 Causes of Serious Bloating You Need to Know About

Ovarian cancer isn’t the most likely, but it is one of the most lethal. Although ovarian cancer is only the fifth most common cancer in women, it causes more deaths than any other reproductive cancer, mostly in women over 50. Risk factors include never having children or having them late in life, obesity, a family history of ovarian cancer, certain genetic abnormalities, and long-term treatment with hormone replacement therapy. Persistent bloating, feeling full faster, and pelvic pain are typical symptoms.

Colon cancer can block the inside of the colon, causing progressive bloating. If the cancer is located at the end of the colon in the rectum or sigmoid, there is usually bleeding and a history of worsening constipation, but for cancers higher up in the colon, bloating may be the only initial symptom. Colon cancer is the second most common cause of cancer deaths in non-smokers in the U.S. and is mostly preventable through lifestyle changes and regular screening colonoscopies. Some studies have shown that switching to a plant-based, nutrient-rich diet can cut your risk of colon cancer in half.

Stomach cancer is usually asymptomatic early on, or causes vague symptoms like bloating, indigestion, and a feeling of fullness in the upper abdomen. Like pancreatic cancer, it may have already reached an advanced stage at diagnosis, in which case there will likely be additional symptoms of weight loss, nausea and abdominal pain. Infection with the bacteria Helicobacter pylori is felt to be the most important risk factor for the development of stomach cancer, and nitrates and nitrites in smoked and processed meats are also risk factors.

Liver disease is often benign however, the liver is also a common site for cancer from distant organs to spread to because when cancer cells get into the bloodstream, they eventually get filtered through the liver. Bloating accompanied by ascites (fluid in the belly) and jaundice (yellowing of the eyes and skin) may be a sign of cancer that’s spread to the liver or of primary liver cancer, which can develop in people with a history of hepatitis or heavy alcohol use.

Diverticulitis usually causes a combination of bloating, fever, and abdominal pain and tenderness accompanied by diarrhea or constipation. Bowel rest with a liquid diet is standard treatment, plus antibiotics if there’s fever, lots of tenderness or an elevated white blood cell count. Severe tenderness may prompt a CAT scan to exclude an abscess, a complication that may require surgical intervention or drainage. Once the acute episode of diverticulitis is over, a high-fiber diet can help keep you regular and avoid future complications.

Pelvic inflammatory disease (PID) occurs when the uterine lining, Fallopian tubes, or ovaries become infected, usually from sexually transmitted diseases like Chlamydia or Gonorrhea. It can also occur during childbirth, abortion, or miscarriage, or with insertion of an intrauterine device (IUD). Bloating accompanied by fever, pain, and tenderness in the pelvic area plus a vaginal discharge is very suggestive of PID. A pelvic exam and treatment with antibiotics are essential, especially since untreated PID can lead to infertility and ectopic (tubal) pregnancies.

Crohn’s disease is an autoimmune disease that affects the GI tract, usually in the small intestine or colon. The lag between initial symptoms and diagnosis can be years, and bloating is one of the early symptoms. Crohn’s can cause narrowing of the intestines and ultimately lead to a bowel obstruction, resulting in severe bloating, weight loss, and nausea and vomiting after meals. Diarrhea with blood in the stools is typical when Crohn’s occurs in the colon. There may be other symptoms present outside of the GI tract, including mouth ulcers, joint pain, skin lesions and inflammation in the eyes.

The good news is that most people with bloating don’t have cancer, infection, or inflammation. If you’re not sure whether you’re bloating is serious or not, it’s always better to err on the side of seeking medical attention rather than ignoring it and hoping for the best.

Robynne Chutkan, MD, FASGE, is the author of the recently published book Gutbliss. She received her bachelor’s degree from Yale University and her medical degree from Columbia College of Physicians and Surgeons in New York, where she also did her internship and residency in internal medicine and served as Chief Resident. She completed her fellowship in gastroenterology at Mount Sinai Hospital in New York. Dr. Chutkan has been an assistant professor at Georgetown University Hospital in Washington DC since 1997. In 2004 she founded the Digestive Center for Women, an integrative practice that incorporates nutritional optimization, exercise physiology, biofeedback and stress reduction as part of the therapeutic approach to digestive disorders. A regular guest on the Dr. Oz Show, Dr. Chutkan is also a member of their medical advisory board. In addition to regular local network appearances, she has also made national appearances on The Today Show, The Early Show, and The Doctors.