Menu
How to Dispose of Unused Medicines 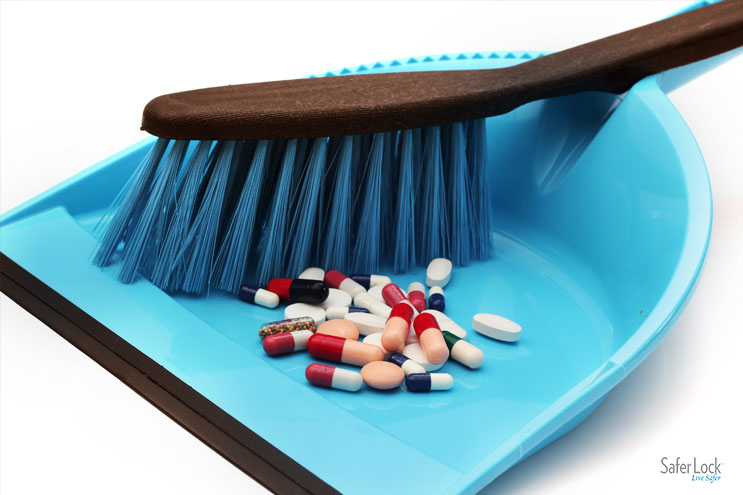 How to Dispose of Unused Medicines

Is your medicine cabinet filled with expired drugs or medications you no longer use? How should you dispose of them?

Most drugs can be thrown in the household trash, but consumers should take certain precautions before tossing them out, according to the Food and Drug Administration (FDA). A few drugs should be flushed down the toilet. And a growing number of community-based “take-back” programs offer another safe disposal alternative.

FDA worked with the White House Office of National Drug Control Policy (ONDCP) to develop the first consumer guidance for proper disposal of prescription drugs. Issued by ONDCP in February 2007 and updated in October 2009, the federal guidelines are summarized here:

Bernstein says the same disposal methods for prescription drugs could apply to over-the-counter drugs as well.

Disposal instructions on the label are part of FDA’s “risk mitigation” strategy, says Capt. Jim Hunter, R.Ph., M.P.H., senior program manager on FDA’s Controlled Substance Staff. When a drug contains instructions to flush it down the toilet, he says, it’s because FDA, working with the manufacturer, has determined this method to be the most appropriate route of disposal that presents the least risk to safety.

Drugs such as powerful narcotic pain relievers and other controlled substances carry instructions for flushing to reduce the danger of unintentional use or overdose and illegal abuse.

For example, the fentanyl patch, an adhesive patch that delivers a potent pain medicine through the skin, comes with instructions to flush used or leftover patches. Too much fentanyl can cause severe breathing problems and lead to death in babies, children, pets, and even adults, especially those who have not been prescribed the drug. “Even after a patch is used, a lot of the drug remains in the patch,” says Hunter, “so you wouldn’t want to throw something in the trash that contains a powerful and potentially dangerous narcotic that could harm others.”

Despite the safety reasons for flushing drugs, some people are questioning the practice because of concerns about trace levels of drug residues found in surface water, such as rivers and lakes, and in some community drinking water supplies. However, the main way drug residues enter water systems is by people taking medications and then naturally passing them through their bodies, says Raanan Bloom, Ph.D., an environmental assessment expert in FDA’s Center for Drug Evaluation and Research. “Most drugs are not completely absorbed or metabolized by the body, and enter the environment after passing through waste water treatment plants.”

A company that wants FDA to approve its drug must submit an application package to the agency. FDA requires, as part of the application package, an assessment of how the drug’s use would affect the environment. Some drug applications are excluded from the assessment requirement, says Bloom, based on previous agency actions.

“For those drugs for which environmental assessments have been required, there has been no indication of environmental effects due to flushing,” says Bloom. In addition, according to the Environmental Protection Agency, scientists to date have found no evidence of adverse human health effects from pharmaceutical residues in the environment.

Nonetheless, FDA does not want to add drug residues into water systems unnecessarily, says Hunter. The agency reviewed its drug labels to identify products with disposal directions recommending flushing or disposal down the sink. This continuously revised listing can be found at FDA’s Web page on Disposal of Unused Medicines.

Another environmental concern lies with inhalers used by people who have asthma or other breathing problems, such as chronic obstructive pulmonary disease. Traditionally, many inhalers have contained chlorofluorocarbons (CFC’s), a propellant that damages the protective ozone layer. The CFC inhalers are being phased out and replaced with more environmentally friendly inhalers.

Depending on the type of product and where you live, inhalers and aerosol products may be thrown into household trash or recyclables, or may be considered hazardous waste and require special handling. Read the handling instructions on the label, as some inhalers should not be punctured or thrown into a fire or incinerator. To ensure safe disposal, contact your local trash and recycling facility