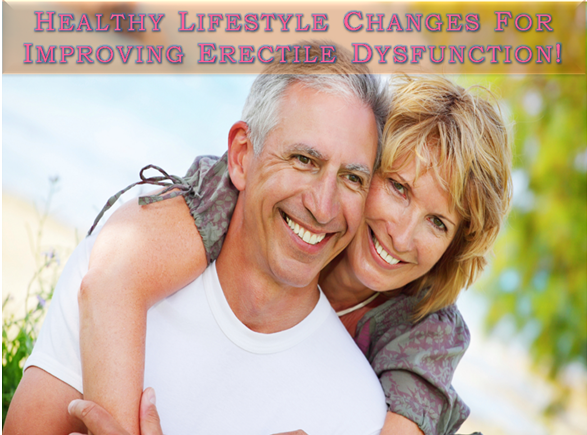 ERECTILE DYSFUNCTION (ED) is a common medical disorder which decreases the quality of life in men. Its prevalence is increasing worldwide with estimated 322 million cases by the year 2025.

Risk factors associated with erectile dysfunction which are modifiable include

Medical conditions are a frequent cause of erectile dysfunction. But sometimes, the cause may be related to lifestyle choices. It has been suggested that lifestyle habits have a critical role in reducing the burden of sexual dysfunction.

Both basic and clinical studies have shown that targeting several lifestyle factors commonly associated with ED, such as smoking, alcohol consumption, obesity and limited physical activity can have significant effects on improvement of erectile function as well as testosterone levels.

HOW UNHEALTHY LIFESTYLE COULD BE A CONTRIBUTOR IN WORSENING ED?

Lifestyle and nutrition have been recognized as central factors influencing both vascular nitric oxide (NO) production and erectile function. Unhealthy lifestyle is strongly associated with conditions that result in endothelial dysfunction by decreasing the availability of nitric oxide (NO), which is mandatory for the genital blood flow. Changes in lifestyle and nutrition can influence vascular NO production, testosterone levels and thus, erectile function. Therefore, maximal attention should have to be paid on measures known to increase vascular NO production. The promotion of healthy lifestyle would yield great benefits in reducing the burden of sexual dysfunction by increasing vascular NO production.

As with many other medical diseases, prevention may be the most effective approach to alleviate the consequences of ED. Despite the increasing evidence that unhealthy lifestyles lead to metabolic diseases, including sexual dysfunction, the majority of adults fail to meet physical activity and nutritional guidelines. There are some approaches related to lifestyle changes which have been given below to improve erectile dysfunction:

The mechanisms by which physical activity ameliorates ED include improved cardiovascular fitness and endothelial dysfunction, increase in endothelial-derived NO, decrease in oxidative stress and increase in regenerative cells. Moreover, physical exercise showed beneficial effects on self-esteem and mental health, with a positive impact on psychological issues associated with sexual dysfunction.

Recommendation: It is recommended that adults following 30 minutes of moderate to intense aerobic physical activity on most days of the week will benefit greatly from erectile dysfunction. Exercise helps to reduce stress and increase energy levels. It also improves circulation and helps to keep the arteries and heart healthy.

The abundant consumption of vegetables, fruit and whole grain and the dietary patterns rich in these foods produce a markedly lower risk of coronary disease. The beneficial effect of the Mediterranean diet on atherosclerosis and ED can be mediated through multiple biological pathways, including the reduction of oxidative stress and subclinical inflammation, amelioration of endothelial dysfunction and insulin sensitivity, which in turn may increase NO release in the penile arteries.

Recommendation: Mediterranean diet has been proposed as a healthy dietary pattern based on the evidence that greater adherence to this diet is associated with lower all-cause and disease-specific survival. Diet rich in fruits & vegetables but devoid of high sugar as well as fat can be effective in improving erectile dysfunction.

How is it a contributor?

Both the direct use of tobacco and second-hand exposure seems to be a risk factor for ED due to the effects of cigarette chemicals on the blood vessels in the penis.

Recommendation: Quitting smoking can improve ED symptoms. If it seems to be difficult to quit smoking, seek help from medical practitioners.

Alcohol is a depressant and using it heavily can dampen mood, decrease sexual desire and make it difficult for a man to achieve erections while under the influence.

Recommendation: Most experts say moderation is the key. According to the U.S. Centers for Disease Control and Prevention (CDC), moderate drinking, no more than two drinks a day for men, will not give rise to erectile dysfunction.

WHEN SHOULD YOU SEE A DOCTOR FOR ERECTILE DYSFUNCTION SYMPTOMS?

Erectile dysfunction can be troubling and affect sexual and psychological health. If you are experiencing erectile dysfunction symptoms, you should examine your diet, try to work towards a healthy weight and seek the guidance of a doctor before starting any medical or supplement treatment. You should especially see a doctor if you have known heart disease, or other vascular disease (such as in the legs) because ED can be a sign of worsening vascular disease.