Menu
Can Eating Too Much Sugar Cause Diabetes? 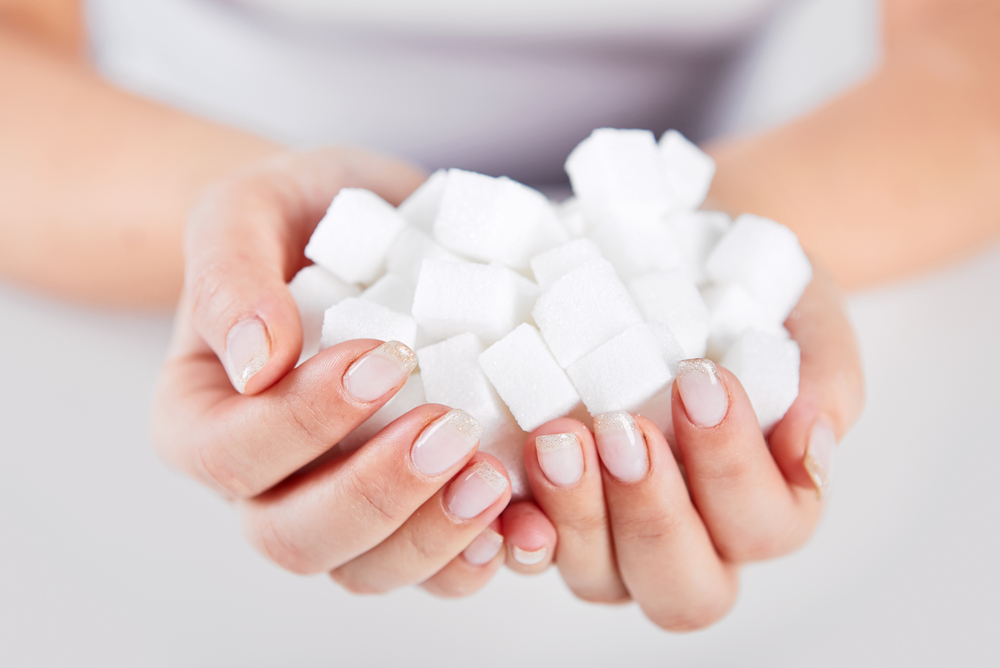 Can Eating Too Much Sugar Cause Diabetes?

You know that diabetes is linked to high blood sugar, but can sugar alone give you the disease? Find out about the relationship between diet and diabetes.

Because type 2 diabetes is linked to high levels of sugar in the blood, it may seem logical to assume that eating too much sugar is the cause of the disease. But of course, it’s not that simple.

Studies do show that sweetened foods can up diabetes risk, but sugar alone isn’t necessarily enough to cause the disease on its own. With more than 20 million Americans living with diabetes and millions more at a high risk for the disease, understand how sugar affects diabetes, as well as other risk factors, is essential to reversing the diabetes epidemic.

The Sugar Story: Not So Sweet

The sugars in food are known as simple carbohydrates and are a natural component of many fresh foods, such as the lactose in milk and the fructose in fruits. A healthy, well-balanced diet will always have these sugars in it.

However, the problem with sugar is the sheer amount of it that’s in the typical American diet. Added sugars — the sucrose in table sugar as well as the sugars in foods such as sodas, cereals, packaged foods, and snacks — when consumed in excess, cause weight gain, heart disease, mood swings, and more.

Research has found that a high-sugar diet certainly increases diabetes risk — adding just one serving of a sweetened beverage each day to your diet ups risk by 15 percent, a study at the Harvard School of Public Health found — but calories that come from both carbohydrates and fats also contribute to the development of diabetes.

One particular type of sugar that has attracted a lot of negative attention is high-fructose corn syrup (HFCS). Because it’s a relatively cheap ingredient, it’s become the most commonly used sweetener in processed foods. Like table sugar, HFCS causes blood-sugar spikes and contributes to weight gain.

Although HFCS has been vilified for decades, researchers are now finding that added sweeteners of all kinds affect the body similarly — and all are bad. In one recent study, scientists found that drinking three sweetened drinks a day for 10 weeks resulted in a nearly 4-pound weight gain and nearly an extra inch to the waistline, regardless of whether the sweetener was fructose or glucose. Even worse, consuming these sweeteners, and fructose in particular, led to decreased insulin sensitivity and higher blood sugar levels, the hallmark predictors of diabetes.

Other Diabetes Risk Factors to Consider

Although this research may prompt you to ditch the soda and avoid sweets, remember that consumption of too much fat can have the same effect as sugar on your diabetes risk. Obesity or being overweight, as well as family history is another important predictor for the disease. People who exercise fewer than three times a week and women who have been diagnosed with gestational diabetes, or diabetes that develops while a woman is pregnant, also have an increased chance of a type 2 diabetes diagnosis.

Certain ethnic groups, including American Indians, African-Americans, Asian-Americans, and Hispanics, are more likely to get diabetes than Caucasians — a phenomenon researchers currently attribute to both lifestyle factors and genetics.

While assessing your risk, keep in mind that not every instance of diabetes is from diet. Type 1 diabetes occurs when, for unknown reasons, the body’s immune system attacks its own pancreas at a young age, hurting this organ’s ability to produce insulin. The end result is similar to type 2 diabetes, with blood sugar levels staying high if you don’t get the necessary treatment.

In type 2 diabetes, the cells in the body do not respond well to insulin, a hormone responsible for keeping blood sugars low. The disease affects the body’s ability to sweep up sugars from the blood and store them away and causes sugar levels to rise. Many people with diabetes take drugs, such as metformin, to help keep blood sugar in check.

The bottom line? You don’t have to avoid any food group entirely to prevent diabetes, but monitoring your intake of sugar and sugar substitutes is essential for managing your risk and your overall health.