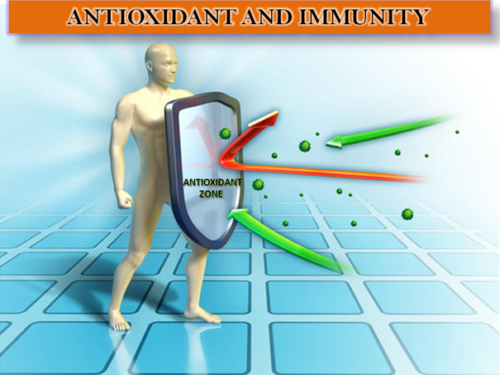 Our body is exposed to thousands of germs every day such as bacteria and viruses that are dying to get inside us and take over. The only defense against them is the immune system – a complex army of warriors that protects us.

Inflammation is an important immune system function. It is the process by which the body’s white blood cells and substances they produce protect us from the infection with foreign organisms, such as bacteria and viruses. Most people are familiar with the kind of painful inflammation that occurs due to accidents and athletic injuries.

While inflammation helps fight disease and protect parts of the body, it also suspends the body’s normal immune response and certain metabolic processes. In the short term, this is not a problem but in the long term, it causes progressive damage. It can cause serious damage to the body. Inflammation has been linked to major diseases such as Alzheimer’s, arthritis, cancer, diabetes, heart disease and signs of aging.

Inflammation is not confined to a particular tissue but involves the lining of blood vessels and many internal organs and systems. This inflammatory process is often associated with free radical damage and oxidative stress and may not cause pain. Because there is no pain, you may not be aware of the serious damage systemic inflammation is causing, often leading to chronic, debilitating and even life-threatening diseases. Oxidative stress, involving over-production of free radicals inside the body, starts damaging cellular proteins, membranes, and genes and leads to inflammation.

Why is boosting the immune system important?

There are many ways the free radicals spoil your system:

So the best way of boosting the immune system is to load up on free radical fighters i.e. antioxidants!

Keeping in mind the importance of oxidative stress in the regulation/dysregulation of the immune system, the use of antioxidants in such diseases has been reasonably proposed. Antioxidants are vitamins and other substances that supply missing electrons to free radicals for preventing damage from them. Dietary antioxidants, in particular, polyphenols, have been shown to be effective for this purpose.

Antioxidant vitamins and trace elements contribute to maintaining an effective immune response inside the body. Antioxidants found in foods protect the cells from the effects of free radicals and can help reduce an over-abundance of inflammation in the body.

There has been more research on vitamin C and its role in boosting the immune system than any other nutrient. It increases the production of white blood cells and It also increases interferon, which basically coats the cell surfaces, preventing the entry of viruses.

How to include antioxidants in your diet?

Adding more fruit and vegetables of any kind to your diet is generally healthy for you. But some foods are higher in antioxidants than others. The five major antioxidant vitamins are mentioned as above i.e. beta-carotene, vitamin C, and vitamin E, selenium and zinc.

The best way to increase your antioxidant intake is by eating more nuts, seeds, legumes, colorful fruits, and vegetables – especially those with purple, blue, red, orange, and yellow colors.

By eating a variety of nuts, seeds, legumes, colorful fruits and vegetables you can ensure you give your body and immunity the best treatment. There is one other source you must remember that will also provide you with antioxidants – GRECOBE® (Green coffee bean extract based supplement).

GRECOBE has antioxidants known as polyphenols in the form of chlorogenic acid which might be effective to boost the immune system to fight against various diseases originate due to free radicals.