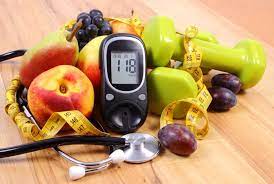 Diabetes in India has reached an endemic stage with about 62 million people suffering with this debilitating disease. This often chronic and deadly disease is fast spreading its tentacles and is expected to affect over 100 million people in India by 2030.

There are three types of diabetes: Type1, Type 2 and Gestational diabetes. Type 1 diabetes is prevalent in children and happens when the body does not produce required quantity insulin. Type 2 diabetes largely stems from unhealthy and sedentary lifestyle. In Type 2 diabetes, the body is not able to utilize the produced insulin effectively. During pregnancy, some women without a previous history of diabetes develop a high blood glucose level. It is called gestational diabetes.

A large section of diabetics is suffering from Type 2 diabetes that can be prevented or delayed with a healthy way of life.

The common symptoms of diabetes are increased urination, weight loss, increased thirst, increased hunger, fatigue, headache, itchy skin, nausea and delayed healing of wounds. These symptoms may develop rapidly within weeks or months in type 1 diabetes while they usually develop much more slowly and may be subtle or absent in type 2 diabetes.

Indians are at a high risk

Genetic coding, cultural and social setup and changing lifestyle are the major contributors to the widespread of diabetes in India. Indian genes make them 4 times more susceptible to diabetes as compared to Europeans. Moreover,

A number of factors in combination make Indians highly susceptible to Diabetes.

Indian diet is rich in carbohydrates and saturated fats, which leads to obesity and thus diabetes. The changing lifestyle of youngsters and increase in consumption of fast food is adding to the already grave problem.

Though there is presence of good screening centers in the urban and suburban India, rural India, neither has the awareness nor screening facilities to detect diabetes early on. According to an estimate about 50 percent diabetics in India, mostly in rural areas, are not aware of their condition and about one million people die annually due to diabetes.

Treatment for diabetes mellitus is chosen on the basis of its type and complications. The treatments are individualized by the duration of diabetes, age/life expectancy, comorbidity, known cardiovascular diseases or advanced micro vascular diseases and hypoglycemia awareness. Anti-diabetic drugs treat diabetes mellitus by lowering glucose levels in the blood. With the exception of insulin, all the drugs are administered orally. Many patients with diabetes having two or more comorbidities often require multiple medications. Some people who have type 2 diabetes need insulin therapy as well. In the past, insulin therapy was used as last resort, but today it’s often prescribed sooner. About 40% of the Type 2 diabetics use insulin injections. But most of these treatments have associated problems like weight gain, hypoglycemia and gastro intestinal problems.

India has over 5000 years of history of effective herbal treatments. People still prefer to use herbal products due to higher safety, efficacy and lower side effects.  People these days are moving towards nutraceuticals to combat diseases because of their increased efficacy and safety as opposed to Fight Diabetes naturally medicines. FENFURO is one such nutraceutical which acts as your glucose manager. It is a first of its kind product derived from single herb with proven results for maintaining blood sugar levels. FENFURO contains a rich variety of saponins and flavonoids. All of these substances are known to lower blood lipid level and play valuable role in insulin sensitization and glucose regulation. FENFURO is a first dual action insulin sensitizer.

Lets not give it the power to ruin our lives. Lets fight it with exercise, healthy diet and FENFURO.