Menu
Diabetes drug may affect the thyroid in some patients 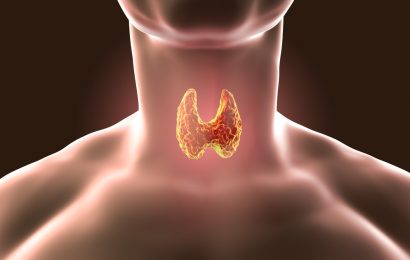 Diabetes drug may affect the thyroid in some patients

The researchers cautioned that low TSH levels may be associated withheart problems and broken bones, although a cause-and-effect link was not established in this study.

Among those in the study with an underactive thyroid (hypothyroidism), there were 495 incidences of low levels of thyroid-stimulating hormone per year compared with 322 in the normal thyroid group, the report published Sept. 22 in the CMAJ concluded.

Among patients treated for an underactive thyroid, metformin was linked with a 55 percent higher risk for low TSH levels, compared to those who were taking sulfonylurea for their diabetes.

“The results of this longitudinal study confirmed that the use of metformin was associated with an increased risk of low TSH levels in patients with treated hypothyroidism,” Dr. Laurent Azoulay, with the department of oncology at McGill University in Montreal, said in a journal news release.

“Given the relatively high incidence of low TSH levels in patients taking metformin, it is imperative that future studies assess the clinical consequences of this effect,” Azoulay added.

“The question this study poses is: does the suppressed TSH have clinical significance?” said Dr. Gerald Bernstein, director of thediabetes management program at the Friedman Diabetes Institute at Mount Sinai Beth Israel, in New York City.

Dr. Minisha Sood, an endocrinologist at Lenox Hill Hospital in New York City, added that “the reason for metformin’s effect on TSH levels is not clear at present. It is also unclear whether the low TSH levels associated with metformin in this study put patients at risk for developing other complications such as cardiovascular diseases.”

Metformin is used to lower blood sugar (glucose) levels. It works by reducing glucose production in the liver. To examine the drug’s effect on TSH, the researchers examined data compiled on over 74,000 people who took metformin, along with another diabetes drug known as sulfonylurea, over a 25-year period.