Menu
AUTOIMMUNITY: COULD IT BE ASSOCIATED WITH PCOS? 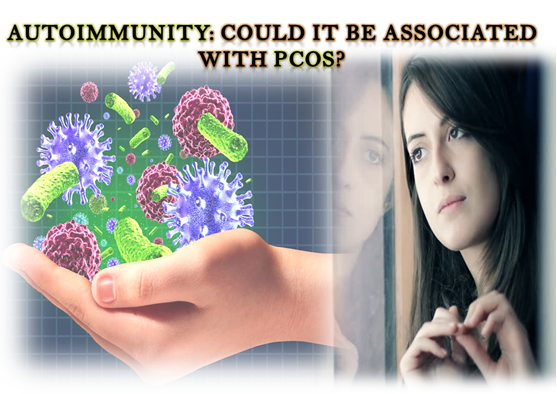 AUTOIMMUNITY: COULD IT BE ASSOCIATED WITH PCOS?

The immune system exists in almost all complex life forms. The main function of the immune system is to defend the body from germs and other foreign invaders.  It produces antibodies to fight off such invaders. Any such substance that triggers an immune response in this way is referred to as an antigen. For the immune system to function appropriately, it must be able to distinguish cells that are internally formed substances from those that are non-self or foreign.

Depending on the type, an autoimmune disease can affect one or many different types of body tissue(s). It can also cause abnormal organ growth and changes in organ function. In this way, autoimmunity is also related to the Poly Cystic Ovary Syndrome.

HOW TO KNOW IF THE BODY HAS AUTOIMMUNE DISEASE?

The following tests are helpful to diagnose an autoimmune disease:

Autoantibody test: Any of several tests that look for specific antibodies to your own tissues

Complete blood count: Measures the number of red and white cells in your blood; when your immune system is actively fighting something, these numbers will vary from the normal

C-reactive protein (CRP): Elevated CRP is an indication of inflammation throughout your body

Erythrocyte sedimentation rate: This test indirectly measures how much inflammation is in your body

AUTOIMMUNITY: HOW IS IT RELATED TO PCOS?

Polycystic ovarian syndrome (PCOS) is the most prevalent endocrine disorder affecting females. It is a common cause of menstrual irregularities and infertility during reproductive age. Genetic and hormonal factors play crucial role in the pathogenesis of PCOS.

Low level of progesterone in PCOS causes overstimulation of immune system that produces more estrogen which leads to various autoantibodies. Different autoantibodies have been documented in PCOS, for example, anti-nuclear (ANA), anti-thyroid, anti-spermatic, anti-SM, anti-histone, anti-carbonic anhydrase, anti-ovarian, and anti-islet cell antibodies. There is an association between PCOS and autoimmune diseases such as ANA and anti-TPO that have been documented in systemic lupus erythematosus and Hashimoto thyroiditis, respectively, and it is suspected that there are autoantibodies that might affect the long term clinical management of these patients.

Insulin resistance, obesity and androgens as potential source of autoimmunity in PCOS.

PCOS is essentially a hormonal disorder and is worsened by insulin resistance (inability of cells to detect insulin) and hyperandrogenism (increase in male hormone). Researchers have reported many insertions, deletion and substitutions of genes in PCOS. They suggested that insulin resistance can affect sexual function unfavorably and may even cause PCOS.

The pathophysiologic linkage between PCOS and diabetes has been declared as autoimmune phenomenon. Insulin is provided from outside in this case as the treatment of type I diabetes which may contribute to the development of PCOS in the patients. Non-physiologically administered insulin can potentially stimulate the production of androgens by ovaries.

Obesity which is common in PCOS patients further increases the risk of insulin resistance which in turn causes hyperandrogenism and risk of developing PCOS. This further leads to autoimmunity.

An autoantibody is an antibody which is produced by the immune system that is directed against one or more of the individual’s own cells. Many autoimmune diseases are caused by such autoantibodies.

Autoantibodies play a nonpathological role i.e. they may help the body to destroy cancers and to eliminate waste products.

As told above, the immune system is able to recognize and ignore the body’s own healthy proteins, cells, and tissues, and to not overreact to non-threatening substances in the environment, such as foods. Sometimes, the immune system ceases to recognize one or more of the body’s normal constituents as “self,” leading to production of pathological autoantibodies. These autoantibodies attack the body’s own healthy cells, tissues, and/or organs, causing inflammation and damage. Thus, their action leads to the development of autoimmunity diseases.

Researchers have suggested strong association of anti-thyroid antibodies with PCOS. According to them, autoimmune thyroiditis (AIT) is three times more common in PCOS as compared to non-PCOS women of reproductive age. They observed strong association of infertility, miscarriages, and disturbed thyroid profile in pregnant females. Both hypo- and hyperthyroidism can lead to increased rate of miscarriages, fetal death, and late cognitive development of off springs.

Islet cell autoantibodies are produced when beta cells of pancreas are damaged and they can bind to glutamic acid decarboxylase (GAD), protein tyrosine phosphatase, islet antigen-2 (IA-2), insulin, and zinc transporter (ZNT8) and lead to further destruction of islet cells of pancreas. These anti-islet cell antibodies have been reported in large population of PCOS patients. 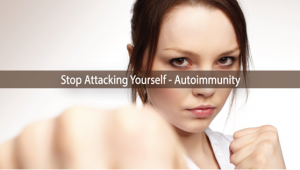 The only management strategy associated with PCOS autoimmune disorder to control the pathogenesis of PCOS. This can be done as following:

Regular exercise: To make body free from other complications associated with PCOS.

Control body weight: To lessen the progress in PCOS as increase in body weight is a contributing factor towards PCOS.

Control blood sugar: As the insulin resistance is highly involved in PCOS progression, it is highly recommended that blood sugar levels should be maintained.

Herbal medication: Consumption of herbal medication such as Furocyst (fenugreek seed extract) to manage all PCOS symptoms and cyst size as well as cyst number, to induce fertility, to induce regularity in menstrual cycle at once.