TOO MANY WOMEN WITH PCOS GO UNDIAGNOSED

Being a woman is one of the greatest things in itself. The whole family is dependent on a woman. A woman’s life revolves around pleasing the family, whether in the role of daughter, wife or a mother. Throughout the life, a female body undergoes several changes and health issues. So it is very important for  a woman to be cautious about her health. Some disorders have symptoms and get diagnosed and treated, but some disorders have very small or no symptoms and can not be detected in the early stages and later it troubles a lot. 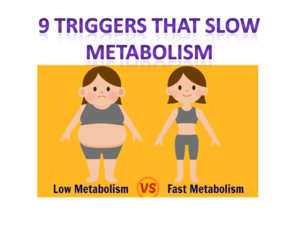 PCOS (Polycystic ovary syndrome) is one of that type of disorder, a reproductive endocrinological disorder which gets started among the females at reproductive age. TOO MANY WOMEN WITH PCOS GO UNDIAGNOSED Women with PCOS may have infrequent or prolonged menstrual periods or excess male hormone levels. The ovaries may grow countless small heap of fluid (follicles) and fail to regularly release the eggs. The prevalence of PCOS is ranging from 2.2% to 26%. One in every 10 women in India has polycystic ovary syndrome and out of every 10 women diagnosed with PCOS, six are teenage girls. PCOS was first discovered as early as in 1935. However, even today there is a general lack of awareness regarding the condition in India and it often remains undetected for years. A study conducted by the department of endocrinology and metabolism,

Though in the early stages PCOS has very few or no symptoms, still there are some symptoms which clearly indicate the PCOS.

Irregular periods: The menstrual cycle is the regular natural change that occurs in the female reproductive system that makes pregnancy possible. The cycle is necessary for the production of ovocytes, and for the preparation of the uterus for pregnancy. Menstruation also called as periods. In PCOS, the formation of follicles in the ovary, complicates the ovulation.

Hair growth: Often women complain about the growth of their facial hair. They may undergo several facial and cosmetic therapies to get rid of it. But they are unaware of the fact that it is one of the symptom of PCOS.

Female ovary secretes estrogen and progesterone that helps in the ovulation. It also secretes testosterone (Male Hormone) in small amount. In PCOS, the level of testosterone is elevated, which results in excessive growth of hair on the body. This condition also called as hirsutism. 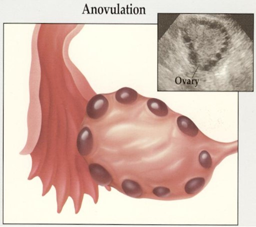 Acne: In Pcos, the amount of androgen is increased. Androgens can increase the size of the oil producing glands on the skin, which can lead to increase in acne. Acne is common in adolescence, but young women with PCOS tend to have more severe acne.

Reduced fertility: PCOS prevents the ovulation. Due to which the release of the egg is not proper which creates problem in conceiving. Women can also have a greater risk of miscarriage.

Insulin resistance: Insulin is a hormone produced by the pancreas to control the amount of sugar in the blood. It helps to move glucose from blood into cells, where it breaks down to produce energy. High levels of insulin causes the ovaries to produce too much testosterone, which interferes with the development of the follicles (the sacs in the ovaries where eggs develop) and prevents normal ovulation. Insulin resistance can also lead to weight gain, which can make PCOS symptoms worse.

Increased Androgens: Androgens are also called as male hormone. Female reproductive organ secrets male hormone in small amount. In PCOS, the amount of male hormone increases which subsequently declines the level of estrogen and progesterone which regulates the menstrual cycle

Low levels of sex hormone-binding globulin (SHBG) – a protein in the blood, which binds to testosterone and reduces the effect of testosterone. In PCOS, there is a steep reduction in the level of SHBG, due to which the efficacy of testosterone is elevated. 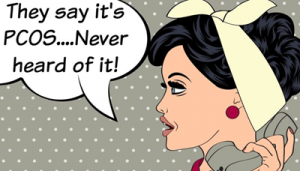 As we know that, there are very low or no early symptoms of PCOS, so most of the women do not notice or bother about it until it becomes severe. The symptoms of PCOS are sometimes equated to thyroid symptoms. TOO MANY WOMEN WITH PCOS GO UNDIAGNOSED. PCOS has a common overlooked negative aspect, mental health issues associated with the disorder. Depression, anxiety or even both are experienced in early adulthood. In addition to that, unwanted facial hair, excessive weight gain, and infertility can have a huge negative impact on self-esteem. So, by increasing awareness among women and clearing all the negative cliché about PCOS, we can prevent ourselves from PCOS.

TOO MANY WOMEN WITH PCOS GO UNDIAGNOSED