Early Detection of Insulin Resistance Could be easy Solution to PCOS problems !

Do you wonder what is causing your PCOS?

If you could just identify what is causing it, possibly you could remove the cause and this disease would go away. Or at least be much easier to manage.

For the majority of women with poly-cystic ovary syndrome, a primary cause of symptoms is the presence of a medical condition called “insulin resistance”. Insulin resistance simply means your cells are “resistant” to or are under-responding to the hormone insulin. Therefore, insulin cannot efficiently tell the cells to store blood sugar or perform a multitude of other tasks. The result is that the entire body is thrown into a state of imbalance and distress, leading to weight gain, belly fat, ovulation problems, mood disorders, and skin and hair issues.

But here’s the tricky part. Not everyone with PCOS also has insulin resistance — or do they? It’s estimated that somewhere between 50%-80% of women with poly-cystic ovarian syndrome have insulin resistance. But why is there such a wide variation in these estimates? And how do you know if you have it?

It may be that part of the problem is in how insulin resistance is defined and how it is measured and diagnosed. We won’t go into the weeds on this complex issue but let’s cover a couple of high points.

It’s important to know whether you have insulin resistance because if it’s left unidentified and untreated, the long-term consequences could be disastrous. You could end up with diabetes, heart disease, cancer, Alzheimer’s or any other degenerative disease. 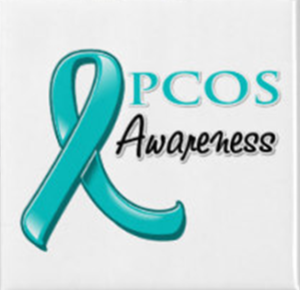 As a first step –

A few very enterprising health practitioners might order additional lab tests, such as a 24-hour urine test for estrogen’s, progesterone, androgen’s (male hormones) and 5-alpha hormone enzyme activity. If you have PCOS with suspected insulin resistance, this test may show a pattern of high estrogen’s and androgen’s, low progesterone and high 5-alpha reductase enzyme.