PCOS is a disorder involving multiple cysts in the ovaries of women, which originates from hormonal imbalance inside the body. Among these hormones (testosterone, LH & FSH), one hormone is Leptin, which is also known as “satiety hormone”.
Leptin is made by adipose cells (fat cells) that help to regulate energy balance by inhibiting hunger. It works along with the hormone ghrelin inside the body, which is known as the “hunger hormone”. Thus, know how satiety hormone leptin is linked to PCOS and your fat cells produce hormones. This is one reason why women who have a lot of fat often have hormonal problems. Leptin signals the hypothalamus gland in the brain when fat cells are full. The hypothalamus uses this information to maintain energy balance in the body. Leptin is intimately involved in the long-term management of body weight and in regulating appetite. 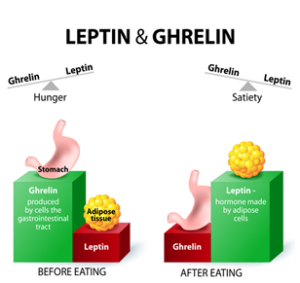 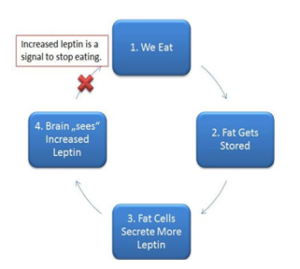 In obesity, a decreased sensitivity to leptin takes place increasing serum leptin levels. This results in an inability to detect satiety despite of high energy stores. This situation increases body fat and thus, raises body weight.

LINK BETWEEN PCOS AND THIS SATIETY HORMONE – LEPTIN 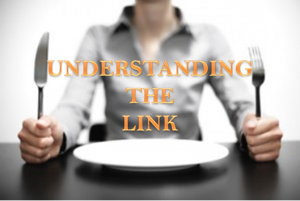 PCOS is characterized by chronic anovulation, hyper-androgenemia, insulin resistance and a high incidence of obesity. These features are often linked to leptin and its receptor. Leptin, the product from the obesity gene (ob gene), correlates positively with BMI but also has variation during the menstrual cycle. Leptin levels peak in the luteal phase of the cycle, correlating with maximum progesterone. These changes suggest a direct physiological role for leptin in regulating ovarian function. Disruption of such an effect could play a role in menstrual irregularities generally observed in both obese and under-nourished women and may offer a pathophysiological mechanism in women with how satiety hormone leptin is linked to PCOS

HOW TO MANAGE PCOS BY CONTROLLING LEPTIN?

Leptin is influenced by diet, genetics, gender, amount of fat weight and a substantial number of other hormones. You can improve your leptin balance by switching to a healthier diet, and getting more exercise.

can show improvement in both ovulation and insulin resistance.

can have a direct effect on hyperandrogenism and the resultant hirsutism by increasing the function of SHBG concentration, which binds to testosterone. 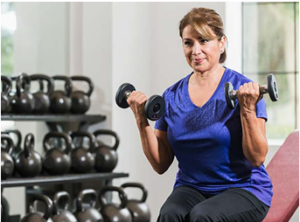 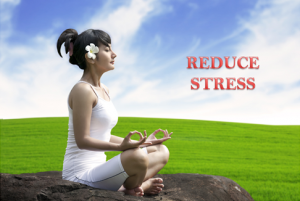  Reducing stress will also help directly with PCOS and fertility. Stress stimulates the release of cortisol (steroid hormone released in response to stress) from the hypothalmic-pituitary axis. The ‘stress’ hormone cortisol promotes central obesity and insulin resistance and these are the two main concerns for increases in leptin levels.
 Stress exacerbates the vicious cycle of PCOS by promoting both androgen overproduction in the ovaries and also increasing cravings for carbohydrates, which can contribute to obesity.

Even as the above lifestyle factors should be the first line of defense in the treatment of PCOS and fertility and in addressing the leptin, insulin relationships in PCOS, there are herbs that may assist with PCOS.
One such herb is Fenugreek (Trigonella foenum grecum). This herb is reported to have a direct effect on PCOS. Furocyst™ is a supplement completely based on fenugreek seed extract. It is clinically proven to manage hormonal imbalances in PCOS and inducing fertility. As it is based on fenugreek, it does not have any side effect, which is also proved during the clinical study.
Another supplement to curb those hunger pangs in Furoslim. It’s an Irvingia Gabonensis (African Mango) seed extract. Irvingia Gabonensis is the molecule to improve the sensitivity of leptin, which is the main cause of obesity. It not only reverses leptin resistance, but also facilitates the breakdown of body fat by reducing an enzyme (glycerol-3-phosphate dehydrogenase) that enables glucose to be stored as triglyceride in adipocytes. Irvingia Gabonensis also increases the insulin-sensitizing hormone adiponectin and inhibits the digestive enzyme amylase that allows ingested carbohydrates to be broken down and absorbed into the bloodstream and get cured from how satiety hormone leptin is linked to pcos.
Thus, instead of using harmful medications which either have side effects or produce a temporary effect, it is better to choose lifestyle modifications, dietary changes and herbal supplements such as Furocyst™ to manage PCOS naturally and devoid of any side effect.