Times when you are scouting for outlets that serve light bites and a nice mix of drinks are usually the times you never easily find one or end up at a place that has a limited menu. The spontaneous and experimental foodie in you isn’t in for such a place and that’s when you try and go back to the last place you satiated your similar craving.

Now, trust me when I say, you’d have a good choice in situations like those if you are residing in South Delhi or passing by and want to do an impromptu eating session. You cannot miss this newest bakery café in the town. 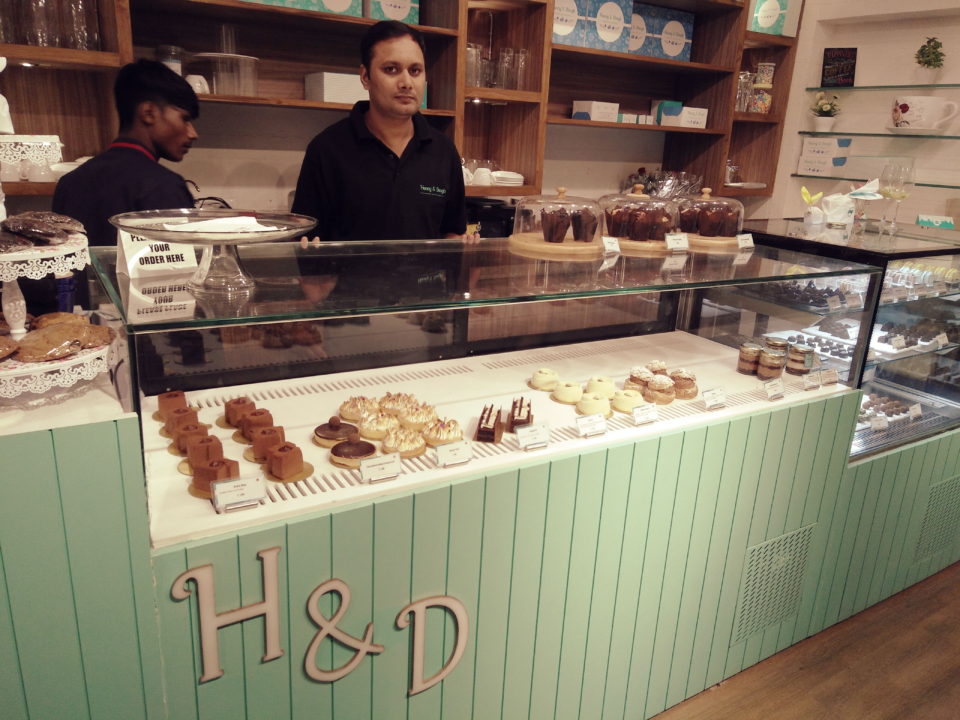 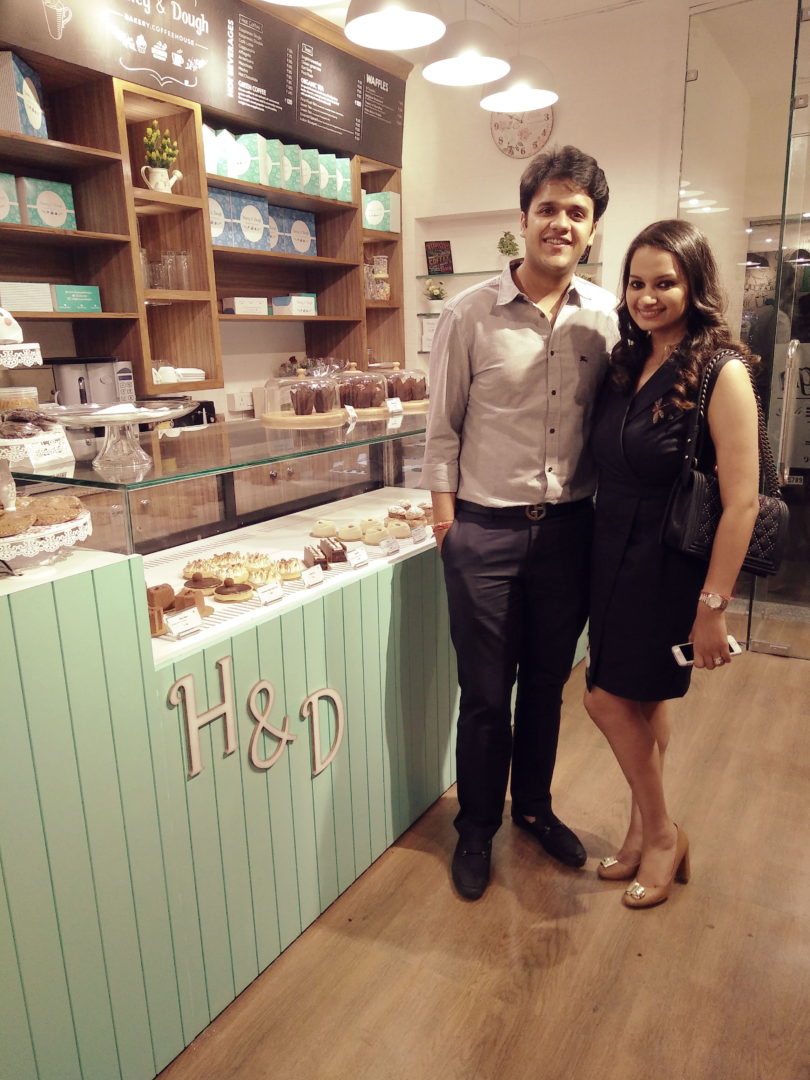 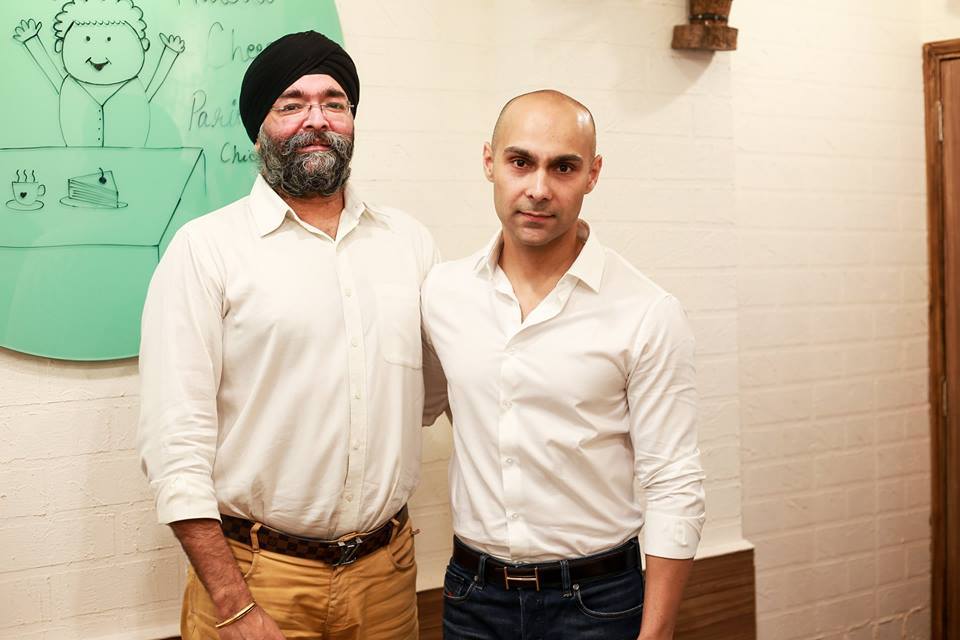 You can find this newly-opened bakery cafe in Defence Colony main market, just adjacent to the park. It is easy to locate as the teal theme stands out in the sea of restaurant brands in South Delhi’s hotspot.

Green Coffee appears to be a unique offering by Honey & Dough. It is prepared with the extract of green coffee beans that aren’t roasted. H & D claims it to be an easy choice for the health conscious people as it aids weight loss and provides health benefits.

For chocolate lovers, the Devil’s Delight is unmissable. It is a pastry made with the French chocolate nutella and chunks of oreo crumbs placed on a crunchy oreo base.

This bakery has a beautiful aura. The teal colour themes gives a relaxing yet vibrant feel to the entire set-up. It is meant for those who like to spend some quiet me-time and also, for those who want to indulge into rich flavours, enjoy a variety of bites and be spoilt for tasty experiments under one roof.

Oxidative stress is the ​disproportion between production of free radicals​ in the body​ and ability of the body to detoxify these free radicals with the help of antioxidants present in the body​.

Normal molecules in the body have two​(paired)​ electrons in their outer shell. A molecule with a single electron​, i.e ​unpaired​,​ in its outer shell is called a free radical. Thus, free radicals are highly​responsive molecules​,​ which are produced inside the body by various biochemical ​reactions. These free radicals are ​essential to carry out many biological processes such as intracellular killing of bacteria by the phagocytic cells.​But ​when these free radicals start to accumulate inside the body instead of using​ them ​up​,​ then they start harming the ​body cells by targeting lipids, proteins ​as well as DNA of the cells. This state of harmful effects​ caused​ by free radicals is termed as oxidative stress. 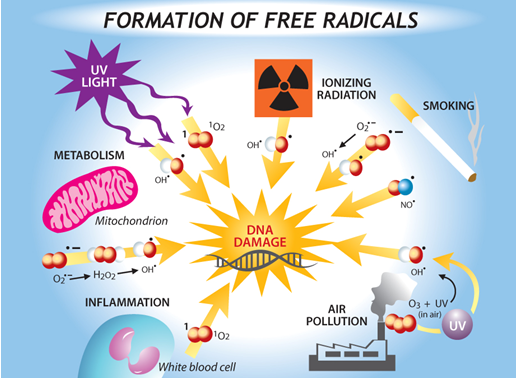 Oxidative stress is responsible for many diseases inside body. Some of these include​:​

Antioxidants are ​the molecules ​that neutralize free radicals by ​giving them an extra electron.​Our body produces antioxidants such as superoxide dismutase (SOD), catalase (CAT) and glutathione peroxidase (GSH)​ naturally.​

These naturally available antioxidants are not​sufficient to neutralize all ​of​ the free radicals inside the body. As people grow older, th​is ​natural production of superoxide dismutase (SOD) and catalase (CAT) cannot keep up with the increasing levels of free radicals. Thus, constant supply of antioxidants either from additional diet or in the form of a drug is necessary for human body.

There are various sources of antioxidants such as Vitamin E, Vitamin C, beta carotene, selenium, phytonutrients, etc. These sources are divided into three categories of antioxidants to fight against oxidative stress. These are: